Showing posts from 2020
Show all

Alex Marshall-Brown is an actress and stuntwoman who recently was working on her laptop at a shady spot of grass in front of St. Paul's Lutheran Church of North Hollywood.  She was quickly accosted by a Karen and a couple of - Kens? - let's just say white males representing the church.  Karen actually claimed, while filming the scene from her cell phone, that Ms. Marshall-Brown was threatening her life for arguing with her.  One the white males went about nailing a "No Trespassing" sign to the shade tree and threatened to call the police. As he actually uttered the phrase "all lives matter", the second white male behind him smirked grotesquely.  Here is the video she took herself: https://www.facebook.com/alexmarshallbrown/videos/pcb.10105446046106991/10105447053583001/?type=3&theater What is apparent is the she can more than speak for herself, so I'm not about to describe the events for you. Watch the video. I will, however, take up what t
Post a Comment
Read more

An Open Letter to Senators Feinstein and Harris

July 10, 2020
As your constituent, I am deeply concerned that the religious liberty which is our natural as well as national right, is being not merely infringed but wholly violated by the Roberts Court and the Trump Administration. In his decision for the recent Espinoza case, Justice Roberts actually claimed ( in a footnote no less ) that James Madison would agree with his ruling, which effectively raises taxes on American citizens to pay for the upkeep of the clergy. The document Justice Roberts was referring to is Madison's " Memorial and Remonstrance Against Religious Assessments ," in which Madison said: As the Bill violates equality by subjecting some to peculiar burdens, so it violates the same principle, by granting to others peculiar exemptions. Both Madison and Jefferson understood, and communicated clearly in many ways, that religious liberty depends on the separation of church and state. As Roger Williams and John Locke explained before them, the realms of the Magis
Post a Comment
Read more

July 08, 2020
Hosanna-Tabor Evangelical Lutheran Church and School v. Equal Employment Opportunity Commission : This Court’s decisions...confirm that it is impermissible for the government to contradict a church’s determination of who can act as its ministers. SCOTUS has ruled that teachers who teach at religious schools are clergy because they are promoting religion, and that the state is barred from protecting such teachers from discrimination which would otherwise be illegal under laws such as the Civil Rights Act. Alternately, this SCOTUS also holds - in this very session - that for the purposes of receiving public funds, religious schools are not promoting religion. Expect a broad realignment of forces hostile to civil rights with forces hostile to religious liberty, as the Roberts Court has now ensured that religious organizations are the last best hope for racists and theocrats. The Little Sisters of the Poor v. Pennsylvania : Concerns that the exemptions thwart Congress’ intent by ma
Post a Comment
Read more

July 03, 2020
In the short time since it was released, a great deal has been said about the Supreme Court's decision in the Espinoza v. Montana Department of Revenue case. A great of column inches perhaps, or words, but very little in terms of critical analysis. Chief Justice Roberts himself set the standard for misunderstanding the ruling when he described it as: A State need not subsidize private education. But once a State decides to do so, it cannot disqualify some private schools solely because they are religious. The New York Times runs with this interpretation: Religious schools should have the same access to scholarships and funds as other private schools, the justices ruled, in a victory for conservatives. and The Washington Post reports the decision as saying: [ States ] that subsidize private education must include religious schools which is repeated by CNBC: Supreme Court says Constitution protects Montana scholarship program that indirectly funds religious schools
Post a Comment
Read more

Reposted for the third time, for the benefit of our Traitor in Chief. By June 1st, 1921, the violence had abated. Bodies smoldered in the streets beside the smoking ruins of an affluent black community, and many of those who survived the atrocity were imprisoned, where they remained. It was the first bombing by aircraft on US soil, committed by Americans against Americans. It would not be the last. "I could see planes circling in mid-air. They grew in number and hummed, darted and dipped low. I could hear something like hail falling upon the top of my office building. Down East Archer, I saw the old Mid-Way hotel on fire, burning from its top, and then another and another and another building began to burn from their top," wrote Buck Colbert Franklin (1879-1960)..."Lurid flames roared and belched and licked their forked tongues into the air. Smoke ascended the sky in thick, black volumes and amid it all, the planes — now a dozen or more in number — still hummed and darte
Post a Comment
Read more 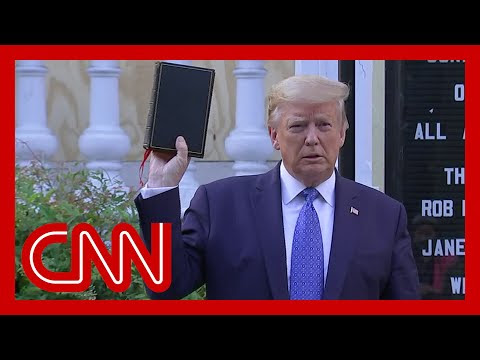 Because if Religion be exempt from the authority of the Society at large, still less can it be subject to that of the Legislative Body. The latter are but the creatures and vicegerents of the former. Their jurisdiction is both derivative and limited: it is limited with regard to the co-ordinate departments, more necessarily is it limited with regard to the constituents. The preservation of a free Government requires not merely, that the metes and bounds which separate each department of power be invariably maintained; but more especially that neither of them be suffered to overleap the great Barrier which defends the rights of the people. The Rulers who are guilty of such an encroachment, exceed the commission from which they derive their authority, and are Tyrants. The People who submit to it are governed by laws made neither by themselves nor by an authority derived from them, and are slaves. ~ James Madison, the second section of Memorial and Remonstrance Against Religious Asse
Post a Comment
Read more

...but so is the so-called presumption of atheism in science... Cross-posted from Hemant Mehta's The Friendly Atheist conversation. Here's his Youtube video to which the following is addressed: Morris is, of course, exactly right about the meaning of "atheist", which is literally "not" + "god" + "beleiver". It does not mean "without" or "lacking", though these are logical consequences of the prefix ~a, which is a privative , an affix which has the logical property of negating the root to which it is attached. Logically it is not NIL or NULL, it is NOT. Now here's the thing: the word "god" ]is meaningless. There is no physical object to which the word "god" points. If there was, "god" would be as real as Pastor Morris, or the Prince of Denmark. No, not that Prince of Denmark - but Frederick , the actual human prince. The other prince, Hamlet , also has the characteristic of not
Post a Comment
Read more
More posts