News from the Vault: This is what the problem of evil looks like 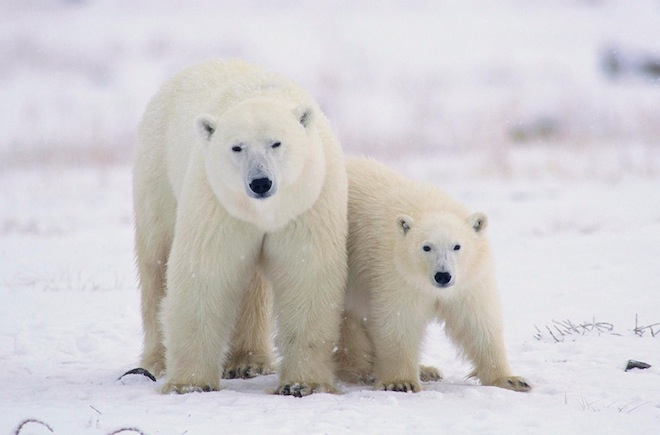 This is what a healthy polar bear looks like.
The images portrayed in the following link are extremely disturbing, and if you don't find them so, the fault is yours. I don't recommend you view it, to be honest. This is not a healthy polar bear:
https://www.theguardian.com...
It is the first defense of Christians for the problem of evil to claim free will relieves god of the responsibility for it. Free will, it is claimed, makes us different both from angels and beasts, for we are not mere automata, but creatures with whom god can have a relationship, creatures which can choose god, albeit not without some rather significant coercion. The Church has been arguing this for centuries, and it has never held up to a moment's scrutiny.
The first reason is that an omnipotent god can no more relieve itself of responsibility than a parent for a misbehaving child. The second is that if it could do so, it must also relieve itself of any responsibility for good, since that too would be a product of free will. Third, as god is responsible for creating us in every detail, god cannot escape the consequences of pitting one mechanism against another.
But there is a deeper, more fundamental problem. This world is fundamentally wicked, and n a way that humans have absolutely no hand in causing. It is simply this: god made creatures, and it made them hunger. It gave them too little food, and claws and teeth to make food of one another. If god is truly revealed in nature, then the conclusion one must draw of it is that it allows its creations to experience pain more than pleasure, to suffer and struggle and turn against one another all because this omnipotent god cannot overcome entropy, cannot allow its creations to live without requiring that they take the resources they need to do so.
Ah, but it must be able to, this god, to be god. It must therefore choose not to. It must choose to subject its creations to misery intentionally. That makes it evil.
Now it's true that this pathetic polar bear, in whose misery we immediately sense our own humanity, has been fated to this end by mankind, in its industrial and political hubris. But without exploiting the world's resources, how many billionaires would we have then? And we know how strongly these American Christians feel about their billionaires. Perhaps that's why in their dominionist role they choose to inflict this misery on their fellow creatures, because not only does it echo their god's treatment of its own creations, but it illustrates their fidelity to their ordained earthy rulers.
So given all this, how do theists justify the suffering we find in nature which is not the result of man's fallen and yet still free will?
at August 09, 2019
Email ThisBlogThis!Share to TwitterShare to FacebookShare to Pinterest