News from the Vault: The God that Lied: the Impossibility of an Independent Moral Authority 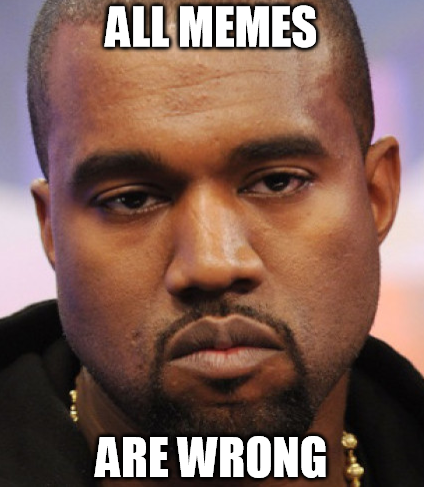 The religious argument that all morality would be relativistic without god's law, in addition to being false outright, makes an argument which cannot be fulfilled. Without god's law, the say, we'd have no idea what was truly good. In other words, knowledge of good and evil in itself is dependent on knowledge of god and the truth of its moral authority.
The usual argument is that god is by definition perfect, and thus its morality is necessarily good. Therefore knowledge of god's nature - whatever it might be - is knowledge of perfect morality.
Note, however, that this argument presumes to tell god what it must do, which among other things is to tell the truth. But an omnipotent god must retain the ability to lie and therefore no revelation of god can be accepted at face value. In other words, no command of god can be considered either perfect or good of its own nature. This leaves humans once again in the position of deciding for themselves what is good and what is evil.
What's more, if assume god exists, it doesn't naturally follow that this god has established absolute morality. Who among the theists can demand of god that it establishes such law? God itself might well have created relativistic morality.
From a theist's point of view, this moves the problem of knowledge of good and evil from god into untenable territory. The reason is simple, as it is a necessary property of god that its mental capacity is far beyond the comprehension of man. The task of determining what god actually thinks, then, is beyond the possibilities god has given us.
Have we not some interior, a priori knowledge of good and evil? Does this knowledge not confirm for us the truth of god's morality? Now here are dangerous questions for theists to ask, as any innate moral sense would seem to contradict their argument that without god, man would quickly degenerate into baby eating monsters (I'm not kidding, I've had this example put to me several times). So the usual answer to this is to argue that god has provided us this innate sense. Does this not prove the goodness of god's morality?
It cannot. The inherent unreliability of man's knowledge of god forces us to find some means of determining for ourselves if god's word is true. We judge god, in other words - and cannot escape doing so.
In the end theists find themselves in the very position atheists do regarding morality; they must determine it for themselves. In this regard, simply choosing to accept biblical morality is arbitrary, and thus definitely relativistic. The inevitable arbitrariness of biblical morality does not, however, preclude an actual and true objective morality. We are all objects as well as subjects. Our needs can be observed rigorously as well as our resources, and matching the one to the other is not a matter of subjective and arbitrary desire.
Theists could well consider this problem a gift of god, as it could be understood as a challenge given us to use the means with which it endowed us to find a global, truly objective morality with the only universal tools we have: logic and science.

Popular posts from this blog

...but so is the so-called presumption of atheism in science... Cross-posted from Hemant Mehta's The Friendly Atheist conversation. Here's his Youtube video to which the following is addressed: Morris is, of course, exactly right about the meaning of "atheist", which is literally "not" + "god" + "beleiver". It does not mean "without" or "lacking", though these are logical consequences of the prefix ~a, which is a privative , an affix which has the logical property of negating the root to which it is attached. Logically it is not NIL or NULL, it is NOT. Now here's the thing: the word "god" ]is meaningless. There is no physical object to which the word "god" points. If there was, "god" would be as real as Pastor Morris, or the Prince of Denmark. No, not that Prince of Denmark - but Frederick , the actual human prince. The other prince, Hamlet , also has the characteristic of not
Read more

Alex Marshall-Brown is an actress and stuntwoman who recently was working on her laptop at a shady spot of grass in front of St. Paul's Lutheran Church of North Hollywood.  She was quickly accosted by a Karen and a couple of - Kens? - let's just say white males representing the church.  Karen actually claimed, while filming the scene from her cell phone, that Ms. Marshall-Brown was threatening her life for arguing with her.  One the white males went about nailing a "No Trespassing" sign to the shade tree and threatened to call the police. As he actually uttered the phrase "all lives matter", the second white male behind him smirked grotesquely.  Here is the video she took herself: https://www.facebook.com/alexmarshallbrown/videos/pcb.10105446046106991/10105447053583001/?type=3&theater What is apparent is the she can more than speak for herself, so I'm not about to describe the events for you. Watch the video. I will, however, take up what t
Read more

July 03, 2020
In the short time since it was released, a great deal has been said about the Supreme Court's decision in the Espinoza v. Montana Department of Revenue case. A great of column inches perhaps, or words, but very little in terms of critical analysis. Chief Justice Roberts himself set the standard for misunderstanding the ruling when he described it as: A State need not subsidize private education. But once a State decides to do so, it cannot disqualify some private schools solely because they are religious. The New York Times runs with this interpretation: Religious schools should have the same access to scholarships and funds as other private schools, the justices ruled, in a victory for conservatives. and The Washington Post reports the decision as saying: [ States ] that subsidize private education must include religious schools which is repeated by CNBC: Supreme Court says Constitution protects Montana scholarship program that indirectly funds religious schools
Read more